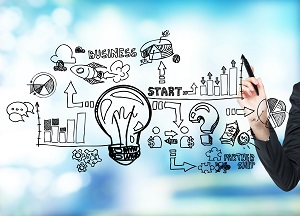 Over the past two decades, Israel’s hi-tech sector has gone from strength to strength. Known to many as ‘the start-up nation’, the Middle Eastern country has emerged as center for technological innovation.

It was the emergence of Israel’s exportbased high-tech sector in the early 1990s that really put the country’s economy on track, with GDP growth of at least 4% a year. Specialising in computer hardware and software, medical technologies and pharmaceuticals, this sector became worldrenowned for innovation.

At the core of Israeli innovation policy is the chief scientist’s matching grants programme. Through this initiative, firms submit R&D proposals to the chief scientist, and grants are awarded on a competitive basis, with between 66 and 90% of the research costs covered.

Another government programme set up in the early 1990s, Yozma, has been credited with creating Israel’s vibrant venture capital industry. Founded with a budget of $100 million in 1993, Yozma established 10 venture capital funds, contributing up to 40% towards the total capital investment.

The rest was provided by foreign investors, who were attracted by risk guarantees. Nine of the 15 companies that received Yozma investment went public or were acquired.

Israel spends more on Research and Development than any other country: 4.25% as a proportion of its GDP.

Between 1998 and 2012, Israel’s tech industry grew at more than double the rate of the nation’s GDP, expanding by an average of nine percent annually. In 2015, Israeli start-ups collectively raised $4.4bn in venture capital funding, up 30 percent from the previous record high achieved just a year earlier : thanks to years of booming tech sector activity, Israel now boasts more start-ups per capita than anywhere else in the world outside Silicon Valley.

The start-up scene is strengthened by a culture of experimentation and entrepreneurial spirit, as well as government eagerness to support and nurture new talent.

These factors, when combined with Israel’s highly skilled workforce and world-class academia, have helped establish the nation as a leading site for business investment.

At present, Israel is ranked second in the world in terms of its investment in R&D in relation to GDP, only outspent by South Korea :  eager to capitalise on Israel’s wealth of tech talent and commitment to R&D spending, an ever-increasing number of high-profile multinational corporations are choosing to establish operations in the nation.

In July 2016, the Israeli Government sought to ambitiously extend the tax incentives it currently offers to foreign investors, publishing a proposal for an ‘innovation box’ intellectual property (IP) tax regime. Tax benefits from the proposed regime include a six percent corporate income tax rate and a four percent withholding tax on dividends for qualifying companies with consolidated revenues of over ILS 10bn ($2.5bn). The new proposal is set to come into effect as part of the upcoming state budget, and marks a significant opportunity both for multinationals currently operating in Israel and those considering investing in the Middle Eastern state.

This publication must not be regarded as offering a complete explanation of the investment matters that are contained within this publication.