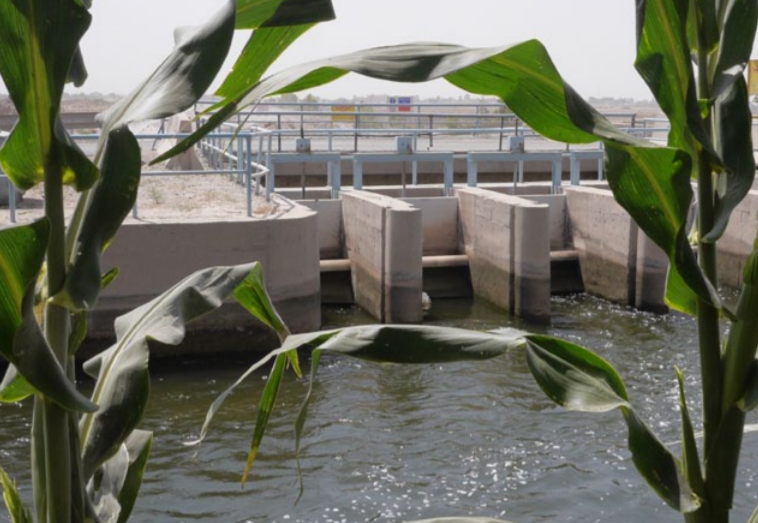 Water is the most fundamental of natural resources and is coming under pressure. And not just in the increasingly dried Middle East or North Africa. Even in Europe, about a third of the landmass and about 11 percent of the population suffers from water shortages.

Access to water is increasingly a source of conflict, and scientists say climate change is set to exacerbate water scarcity.

Making the most of the water we have is becoming essential to securing supply.

“There is no doubt the potential for water recovery is very high,” Steven Eisenreich, a geochemist at the University of Brussels told DW (Deutsche Welle – Germany’s International Broadcaster). “How big exactly, we don’t yet know.”

Normally, wastewater treatment involves cleaning, removing nutrients and discharging it back into rivers and lakes. But to make it suitable for immediate reuse, wastewater has to be treated even more deeply.

This is already happening in countries including the US and Australia. Globally, about a third of treated wastewater is used for agricultural irrigation and 20 percent to irrigate landscapes such as lawns and golf courses. 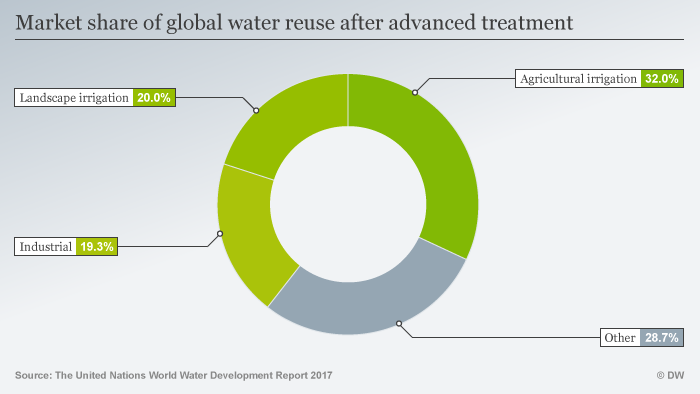 But overall, very little wastewater is treated to this standard. The rest of that potential remains untapped.

Israel, for example, a country that is 70 percent desert, faces a unique challenge in finding sustainable water sources, but, by treating and reusing approximately 90 percent of its wastewater, has done just that.

The small country is light years ahead of the rest of the globe – the next closest competitor is Spain, which reuses around 30 percent of wastewater, according to Dr. Jack Gilron, head of the department of desalination and water treatment at the Zuckerberg Institute for Water Research.

Israel’s wastewater is treated in a multi-step process that includes basic filtration and biological treatments and ends with a natural form of filtration called soil aquifer treatment (SAT). SAT allows the country’s abundant sand to filter remaining pollutants from the water – a six-month to one-year filtration process which deposits the water in an agriculture-specific aquifer beneath the filtration fields.

Figure 1. Uses of reclaimed waters in Spain (%) considering a total volume of 268 hm3/year.

Firstly, it should be noted the use in the agricultural sector, with more than 40% of the total reused wastewaters, which are used for the irrigation of pastures, agriculture, woody crops, ornamentals, nurseries and forages, products of human consumption in fresh, among others.